The OKC-County Health Department is dedicated to providing immunization services against vaccine preventable diseases to the citizens of Oklahoma County. Vaccinations are provided at no charge to children who qualify for the Vaccines for Children Program. In addition, The Oklahoma Caring Van Program is a mobile immunization initiative that delivers vaccines at no cost to children who qualify at child care centers, schools, and community locations that are convenient for low-income families.

We can directly bill HealthChoice and BlueCross BlueShield insurances. All other insured patients will receive a receipt of payment that they may submit to their insurance company at a later time.

Why are vaccinations important?

Immunizations are one of the most important public health interventions in history. Through the use of vaccinations, millions of lives have been saved and millions of cases of disease have been prevented. Immunizations not only positively impact the health of the individual receiving the vaccination, but also the community.

Do I need an appointment?

What should I bring with me to receive vaccinations/shots?

When coming in for immunizations, be sure to bring a current copy of your shot records with you. This makes it easier for our staff to see which shots you need, and it also helps decrease your waiting time.

If you are the non-custodial parent or guardian accompanying someone under 18, please be able to provide a letter of authorization or guardianship information. This documentation provides consent to allow our staff to give shots to that individual.

Your wait time will vary depending on the type of immunizations that are needed. Our staff works hard to ensure the proper vaccinations are given to you and your family.

How can I get copies of my/my child's shot records?

If you or your child have ever received immunization through our county health department and you need a copy of that shot record, you may request a copy of your record by calling any of our three clinic locations or visiting Oklahoma State Immunization Information System (OSIIS) Public Access Portal here.

What Vaccines does OCCHD offer?

We offer a wide variety of vaccines to both children and adults. To view a list of vaccines OCCHD offers, along with the cost, please see our Vaccine List and Cost section. 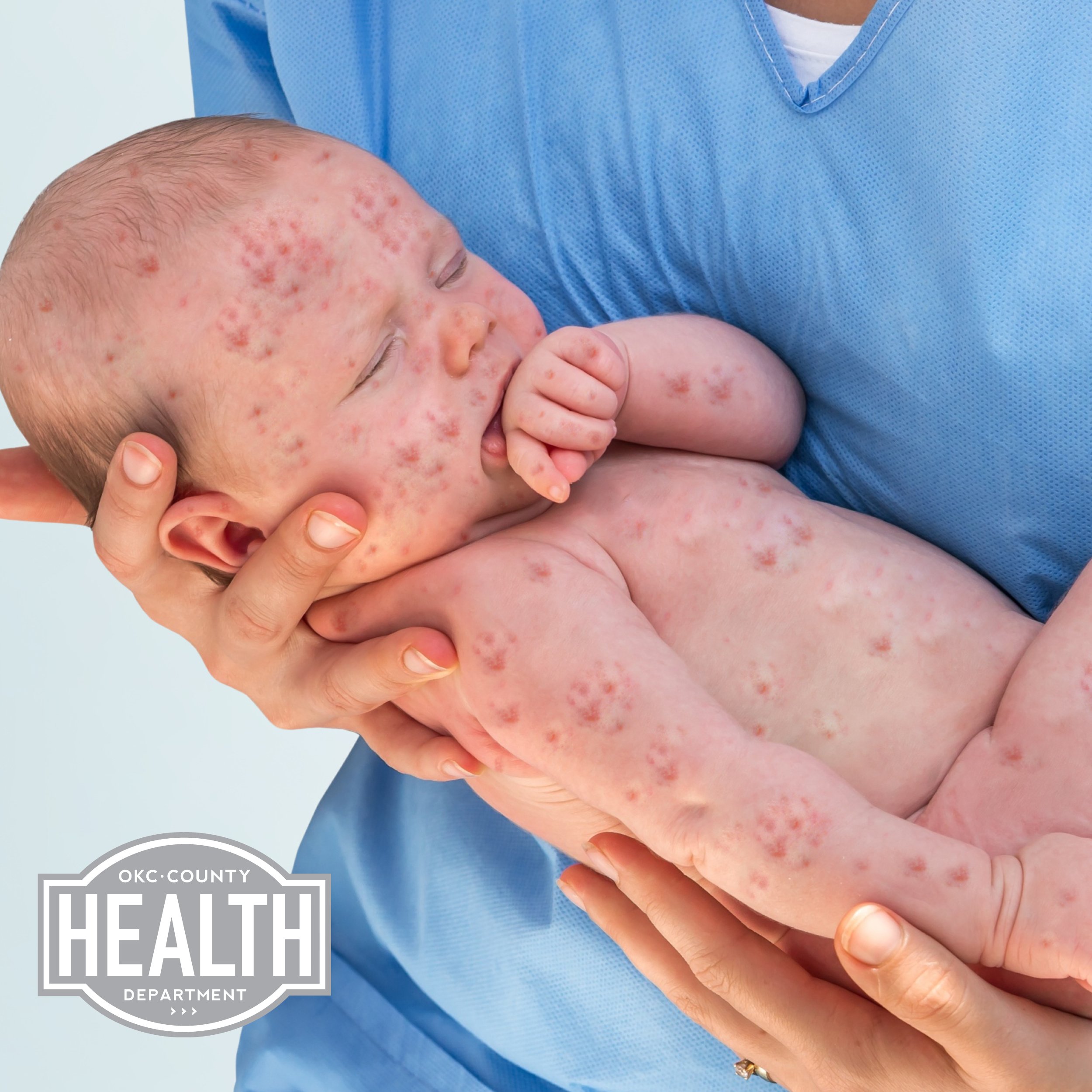 Measles spreads through the air when an infected person coughs or sneezes. It is so contagious that if one person has it, up to 9 out of 10 people around him or her will also become infected if they are not protected.

The best preventative method is to get your child vaccinated. For information on vaccinations through OCCHD click here.