Oklahoma City is one of 35 cities selected as a finalist in a nationwide competition that encourages city leaders to uncover bold, inventive ideas that confront the toughest problems facing cities.

Oklahoma City and the other competitors are part of Bloomberg Philanthropies’ 2018 U.S. Mayor’s Challenge. The grand prize is $5 million to help bring the winning idea to life.

“We’re thrilled to be one of 35 cities – out of more than 300 proposals – selected by Bloomberg Philanthropies’ Mayor’s Challenge. We brought together a team of civic leaders from business, law enforcement, the judicial system and the Oklahoma City-County Health Department to focus on criminal justice reform in our community,” said Mayor Mick Cornett. “Our team is looking at how shared data, linked resources and the use of community health workers can create a safer community and a sustainable and healthy lifestyle for those being redirected from the criminal justice. We are excited to continue working on solving one of the toughest issues facing Oklahoma City and communities across the country.”

For its idea for entry into the competition, the City partnered with the Oklahoma City-County Health Department (OCCHD) to propose a holistic, data-driven approach to criminal justice reform. The proposal includes the use of community health workers – a best practice by the OCCHD that has improved community health.

“We wanted to address not only the issue of over-crowding in our system, but more importantly, looking at the policies and practices that can be put into place to prevent many of these individuals from returning,” said OCCHD Executive Director Gary Cox. “Oklahoma City’s proposal around criminal justice reform and the use of community health workers was a natural fit. Linking resources to help create a sustainable and healthy lifestyle for those being redirected away from the criminal justice system is a vital component.”

Oklahoma City and the other finalists are advancing to a six-month “Test, Learn, and Adapt” phase of the competition. Cities will refine their ideas with up to $100,000 from Bloomberg Philanthropies, as well as personalized support from innovation experts, to test and begin building support for their urban innovations. In October, four cities will receive $1 million awards and one will receive a grand prize of $5 million to bring their ideas to life.

"We received hundreds of bold and creative ideas from cities around the country in response to the 2018 Mayors Challenge, and these 35 really stood out for their potential to improve people’s lives. The next six months are a great opportunity for the cities to test their ideas and make them even more innovative and effective,” said Michael R. Bloomberg, founder of Bloomberg Philanthropies and three-term mayor of New York City.

The Mayors Challenge returns to the U.S. in 2018 as the first investment in the American Cities Initiative, a $200-million suite of new and expanded programs that will empower cities to generate innovation and advance policy that moves the nation forward. 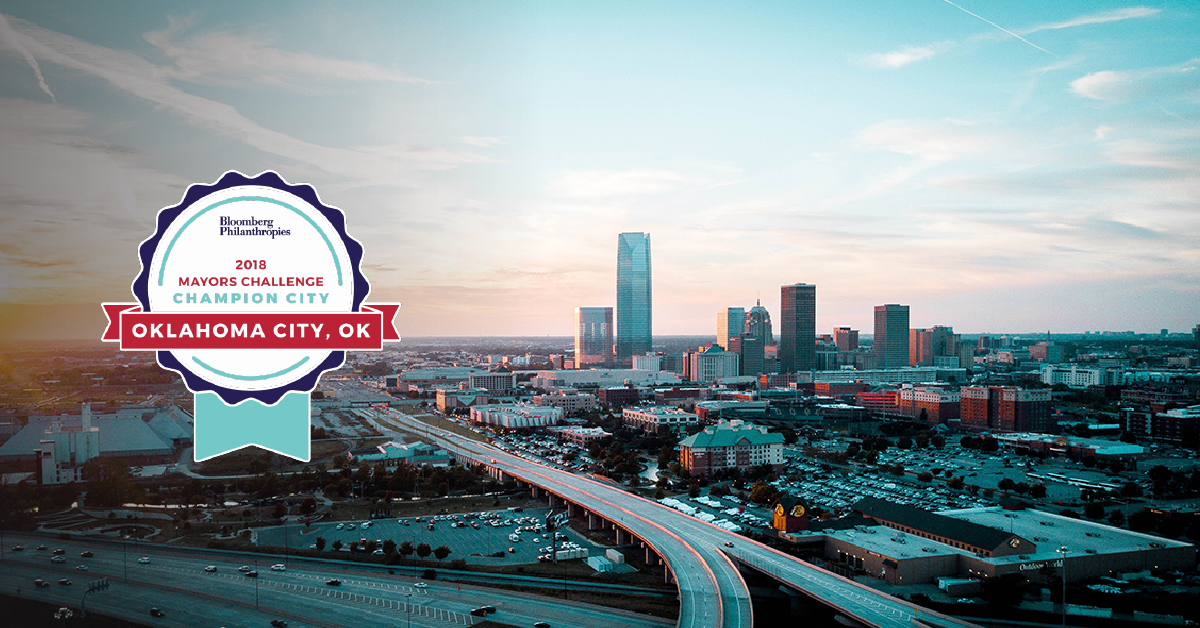